skip to main | skip to sidebar

I am really happy that Geraldine Monk agreed to be the first interviewee for this series of interviews. For those of you unfamiliar with her work, significant information can be found at the following websites:
British Electronic Poetry Centre
West House Books
Intercapillary Space

Salt published The Companion to Geraldine Monk, edited by Scott Thurston, in 2007.

This interview took place via email in March and April 2008.

You have collaborated with Martin Archer on the albums ‘Angel high wires’ and ‘Fluvium’. Do you think these collaborations have changed the way you write?

No. How the collaborations with Martin work is Martin or me choose pre-existing texts which we think would work in conjunction with music/sound. Martin develops ideas around the texts and then we'd get together and take things from there. I've never written anything specifically with music or sound structures in mind but I know when I have finished a text if it would be suitable for such a collaboration. So no it doesn't change the way I write. Some of my texts naturally gravitate towards the musical/sound spectrum more than others. .

Originality is much maligned, but I think it’s relevant to your work, which seems concerned to reacquaint with origins. Do you think about it at all in connection with your writing?

Do you mean my background etc? Firstly, let me say I don't give a hoot about being maligned. I'm not interested in rules, regulations or trends. If other poets or critics want to impose them on themselves and their writing let them. I cannot work to someone else's aesthetic or ideology.

Nature abhors a vacuum. We don't live in an abstraction. We live in our century, our culture, our place, our smell, our skin. We cannot undo our childhood. That's a given.

So yes my 'origins' are unapologetically integral to much of my writing because it defines so much of who I am. You can fight it or milk it. I do both.

Lancastrian, working class, Roman Catholic. These three things inform a lot of my writing in an oblique way and sometimes (as in my book Interregnum') in a very overt way.

My childhood memories are exceptionally vivid. Everything seemed very intense. I had all these 'big fears'. I lived in an end terraced house. End terraces are always more rambling that mid-terraces. More scary. It had an attic with a curved staircase, straight opposite my bedroom and a cellar. And a landing where the malevolent 'man' lurked. I had panic attacks going up and down the stairs - to the attic, to the cellar, to the living room, ‘he’ would follow. Another ‘man’ lived in the coal bunker which was out of sight of the house lights. And the outside lavatory at night. Fears everywhere: under the bed, behind the curtains, corners, stairs, curtains, you name it. It was like a comedy sketch except I was very small and it was so very real.

I've never attached any importance to these childhood fears but thinking of it now they added to the intensity of my memory.

Why so many fears? I was born and brought up in the 1950's when children and parents didn't 'talk'. Not like they do now. Parents told you what to do and you did it. End of communication. No one talked about 'feelings' or 'fears' - it just wasn't the done thing. You kept your thoughts, fears, tears to yourself. Men and women cry in front of cameras now. It's almost obligatory. But then, in the 50's you found an uninhabited corner to cry in. Everyone did. Children did. Men did. Women did. Crying was a shame. A crying shame? A weakness.

So my fears just multiplied without check. Without any kind of outlet or adult reassurance or reasoning. It built it own mythology. Running alongside this bottled-up world of spooks was Catholicism with its parallel 'truth'. A superior universe populated with angels, saints, the blessed virgin, the holy trinity and the miracle of transubstantiation every Sunday.

That unquestioning belief in the existence of a parallel spirit world just validated my fears of the spooks under my bed world. I was brought up in different worlds without dialogue.

Origins. Lancashire. Catholic stronghold. Home of the Lancashire witches. Comedians. Hotpot. Blackpool, it's tower and the cotton mills where most of our parents and ancestors worked. It has a fabulous accent, so warm and round and a fast dying dialect. It's a county with a strong identity. It's not Yorkshire. I don't live there anymore, I actually live in Yorkshire, the shame of it! But being a Lancastrian is important to me. It's part of who I am and I've never tried to escape from that. How can you? You can't escape your childhood.

Working class identity used to speak for itself. It's changed now, it's been betrayed and debased. I'm not working class anymore but being brought up in the working classes (I left school at 14 to work in a factory) certainly forged part of my identity. My political identity.

Oh yes and I was a 'girl'. Still am - just a bit bigger around the hips. Being a girl wasn't such a good thing to be in the 50's. But they did like hips then. Swings and roundabouts!

I left Lancashire, left the Catholic church and now don't even vote Labour (that grieves me) but I'm still a 'girl'. But even that has changed. Things are much much better now. Apart from the hip thing. Oh that's a joke. No it's not. Yes it is. He's behind you.

If a poet hangs their skin on a hook when they write then language becomes a floaty and rootless abstraction but it will still be informed by origins. I think they (whoever they are) are deluding themselves if they think they are bypassing their origins. They're not. They're just not actively employing those origins. So their maligning is misplaced and naive.

Before I leave this I want to qualify what I say by pointing out that I don't think the maligners of 'origin' would come from sound or concrete poets. Although these poets deal primarily with abstract sound or visual conceits they snuggle up so closely to visual arts and music that 'poetry' is a tenuous nomenclature and doesn't really come into play.

‘So a pogrom's a pogrom as the punch line goes and a whole lexicon of killing can fit between sleeves. You know it makes sense to mince words till they bleed.’ (‘Has my commitment as a writer changed since September 11?’)
I find these lines fascinating, frightening and funny. I hope I’m not asking you to repeat the poem, but, does the way you think about yourself as a writer (or as a reader) change, in a time of violence, and particularly a time of filtered violence?

I don't think of myself as a writer. When I write I'm a writer. When I cook or garden or play my violin or shop or clean my teeth I'm not a writer. When I read I'm not a cooking. I'd be quite happy not to call myself anything but we have to so 'Writer' is necessary for passports, tax forms etc but I tell my hairdresser I'm a housewife even though I'm not. I think that's why I prefer to go to the dentist rather than the hairdressers.

It's an odd little question because you're not asking if catastrophic or violent events infiltrate the senses and influence my reading and writing but whether it changes my relationship with those activities?

So answering you specifically on this I have to say yes. But it's momentary and it's an obvious answer. If you suffer a personal bereavement the day's news is irrelevant as is you're favourite T.V. programme etc, everything seems trite. What you were going to have for tea, do that day, next week, next year. You're gammy leg or whatever - everything other than the trauma at hand seems trivial and unimportant - almost insultingly so.

So the day of the Asian Tsunami or the day of September 11th or the day your mum died - it's hard to cuddle up with a good Jane Austen book. Stunned, apprehensive, anxious or bereft.

Events of shocking violence, perceived extinction or plain old predicable death in a bed kick in the sombre adrenalins. Grief adrenalin. Fear adrenalin. They make normal activities appear trite, powerless and useless. Reading and writing are secondary. To me. Maybe not everyone. But most.

But hey I get those feelings about reading & writing without a world shattering event happening so I'm not sure if this is conclusive evidence!

But yes of course big violent things have an impact on 'little us' in our little rooms tapping away at our computers or cuddling up with a book, or a loved one well out of harms way.

Fear and empathy. The changed and charged relationship is a momentary highlighting of mutability of such intensity we cannot sustain.

I am interested that you say that 'reading and writing' are secondary, even without a 'world shattering event happening'? I take this to mean that they are secondary to the daily activities that make up your life, as well as world events etc.? Do you think that they are a way of coping with 'the fear adrenalin'? do you ever think of your practice of reading/writing in terms of having political efficacy?

I didn't mean to imply that reading and writing is secondary to 'life' but that it's positioning in life is fluid. It can be the most or least important thing and all the gradations in between depending on external circumstance and internal i.e. emotionally/psychological states. I meant it in the sense that we don't dance at funerals - which doesn't mean dance is secondary to life. Far from it. Time, place, occurrence, state of mind these are all ongoing but all take different shapes. Reading and writing are different shapes subject to other shapes. Or vice versa. And for whatever reason we write (please don't ask!) at times it seems the most vital of things and other times the most trivial. What an awful thought that my epitaph might read 'Here lies one who spent her life in second gear'.

With regard to political efficacy - although my writing does engage with political issues and I spit feathers over political shenanigans and bluff I don't think it changes a jot. Poetry is not the political force it once was and the political situation in this country is so dangerously moribund it makes little difference: like the millions (I was one) who marched against the Iraq war. When Blair got 'his' war that was the day democracy died. With no viable opposition 'free speech' had been rendered ineffectual, democracy a charade.

Each day a raft of more of do's and don'ts are dictated by central and local government to keep us in check and cheat us out of our money for the greater good and our own personal well being and if we don't like it we can have a jolly good grumble or read our very angry poems to the converted. I despair! I really do. It's getting nasty and I'm not sure what can be done about it. Voting's a joke. Poetry's a lost voice in the wilderness. Celebrity is the watered-down opium of the people: and the people don't exist anymore. They disappeared with Thatcher and New Labour.

I prefer ghosts but I will not be deflected from writing poetry, it's in my blood. A world without poetry is truly, madly, deeply dead.
Posted by Colin at 17:55 1 comment: 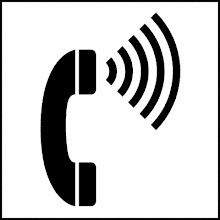 volumes is a blogzine featuring interviews with poets. thanks for stopping by and i hope you enjoy reading.

Other Collections of Interviews